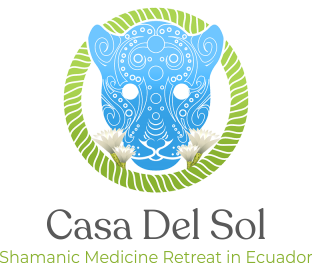 How Ayahuasca Amazonian Shamanism are related

Although ayahuasca can seem like a relatively recent thing, it’s actually been around for several centuries. Indigenous tribes and shamans have used it to enlighten themselves across quite a few Amazonian countries including Peru, Colombia, Ecuador, and Brazil. It is known by quite a few other names – caapi, natema, and yage, among others.

The history of this plant is debatable, but one thing that every story agrees upon is that this medicinal plant was used for healing and for enlightenment. Intricate rituals were performed by healers and shamans and passed down to their devotees year after year. Archaeologists have located a ceremonial cup with traces of the substances, said to be thousands of years old. Since there is no written record of the practice, no one is really sure where it started, but what we do know is that it has been practiced for a very long time.

Shamans have undoubtedly been a part of spiritual practices for thousands of years, and is believed to be the oldest spiritual practice known to people. It is not a religion in itself, but rather a practice that connects mere human beings with higher spiritual things. Rather than having a pastor, a priest, or a guru guide you and connect you in the experience, you get to experience it yourself.

These healing techniques have been used as a way to gain wisdom and insight and is now a popular way to continue doing so all over the world. It’s spirit-assisted healthcare, if you will. Devotees believe that illness and disease are results of disharmony within the body, and that it’s important to balance out each person’s mental, emotional and physical beings in order to treat them.

Our minds and our bodies are connected, and shamans believe that by treating our minds by venturing into the spirit world, we can consult forces and spirits that will help us heal our bodies and help us reach a higher level of living. The shaman is not the healer here – just the helper to aid your way to communicating with these spirits.

Shipibo people who live in the Peruvian Upper Amazon are members of one of those cultural groups known for practicing shamanism and plant medicine. They are one of the very few cultures that, to this day, retain their language, their culture, and their old practices of plant medicine. Ayahuasca is something very well-known to them, and the shamans of the region are known as some of the best.

There are a lot of Shipibo influence that can still be observed in ayahuasca ceremonies all over Peru. Quite a few shamans continue to wear cushmas, or robes, in Shipibo style. It’s clear that this cultural group has made quite an impact on the practice.

Ayahuasca is known as a medicinal plant. However, it is not made from one, but two plants. The ayahuasca vine (Banisteriopsis caapi) and the chacruna leaf (Psychotria viridis) extracts are combined to create the mixture that is used in every ceremony.

Nobody knows how or who figured out how to make this mixture so long ago. The two plants don’t have much effect on their own, but when combined, make something quite incredible. There are so many plants in the Amazonian rainforest – how these ancient pharmacists figured out this particular mixture, we’ll never know.

Looking at the chemical composition of each of the plants, the chacruna contains dimethyltryptamine. It is inert by itself, but when metabolized by the ayahuasca vine’s monoamine oxidase, you get a psychoactive mixture that triggers visions, images, and experiences that allows you to explore the spiritual realm.

Updates in science allow us to know this today, but way back when ayahuasca began to be used, it would have been a one in a million chance for this to be discovered. Indigenous shamans believe that it was the plants themselves that taught the original shamans to make the mixture.

In the past, ayahuasca was only used by shamans and healers, who took the mixture to access the spiritual realms and receive insight and wisdom on how to heal their patients. That allowed them to resolve the damage, be it physical, mental, or emotional, so that their patients could go on their way in better conditions than they were in when they came. Healers also used the drug to seek wisdom on conflicts, solve mysteries, identify enemies, and understand plenty of other things.

There were quite a few other medicinal plants besides ayahuasca used for healing. Plenty of other plants (and plant spirits) helped to heal patients in a way that conventional medicine never could. Psycho-emotional conditions were around much longer than psychiatrists ever were, and plant medicine was used to treat such conditions. Today, ayahuasca continues to be a medical treatment available for people all over the world.

Rather than just being a way for shamans to consult the spirits, however, ayahuasca is now used as a medicine in itself. People can attend ayahuasca ceremonies and experience the healing that the plants can bring, guided by experienced shamans in safe environments. The drinker can take their healing into their own hands, and learn how to eliminate blockages and let the energy flow.

It can be dangerous to experience the ayahuasca ceremony on your own. You need a professional healer to be by your side to stay safe and experience the same depth of healing. Although you could start healing with ayahuasca by itself, you will not be able to address the very root of your condition without the help of a shaman.

In this day and age, it can be difficult for people conditioned to seeing psychoactive substances as dangerous and reckless to something that can be beneficial and a healing tool. It is our goal to change that view and help people see that these traditional practices developed by indigenous healers so many years ago can help to transform people’s lives.

If you are interested in one of our Ayahuasca retreats and would like more information or are looking to apply, please do get in touch with us! We would be happy to have you along & you a truly unique experience.